Last summer I got an urgent call from Molly McNeil, local produce, duck egg and yoga goddess, from Minnesota Peach Farm. “Hey, Tammy, want a case of pears? They’re about to go bad and I can’t move them. Maybe you can make cider with them or something.” I love this town. So I say “Yes, of course I want them! Come on over!” The case of Summercrisp Pears arrived on my porch, looking a little beat up, but smelling like a dream.

Summercrisps were developed at the University of Minnesota Fruit Breeding Program in the 1933s and is one of the hardiest pears around, doing well in zones 4-9. Many people planted these trees in their yards around Minneapolis, as they produce showy pink white blooms in spring, followed by red blushed fruit in late summer. The pears are sweet with crisp white flesh, lasting well in the fridge, but they become mealy and brown if they over-ripen.

As these pears were becoming mushy and possibly beginning to ferment, I decided against making cider, as I’d probably just end up with vinegar. Not a bad idea, but the aromatic sweetness of the pears demanded more. So in a fit of panic (inspiration?) I stuff a half gallon mason jar with halved pears, 1/2 cup of sugar and filled it with Prairie Vodka. Another good reason to have vodka laying around…

Fast forward to December. It’s 13 degrees out, lightly snowing, and I’m decanting the Summercrisp Pear Infused Vodka. As I unscrew the jar top, a puff of CO2 leaks out. This little baby has been fermenting. I strained out the pears and tossed them to the squirrels in the back yard, as they were to grainy to do much with. Happy squirrels. The resulting vodka has a pretty pink brown hue and tastes like pear heaven; sweet, floral and delicious. This vodka is sip-worthy, drunk straight from the bottle on a cold winter’s night. Or at 12noon. Where do you think that glass of vodka I photographed is going? 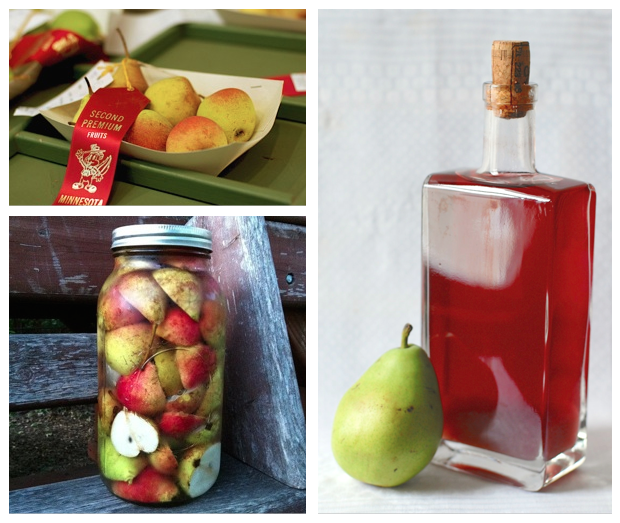 Use a sweet, ripe pear, local or backyard if you can find it. Any commercial pear will work, just pick one who’s flavor you really like. A very ripe Bartlett would be lovely. If your pears are not ripe, leave them on the counter until they turn juicy and brown spots start showing on the skin. Think ripe bananas. These are not for eating, they are for flavor! Half small pears and quarter large ones. Do not peel. Fill a half gallon jar with the pears, pour in the sugar and top with vodka. If you’re not to the top yet, add more pears. Now let this sit for a couple of months. I know that seems like a long time, but it’s worth it! Taste the vodka after two months and adjust the sugar to taste. At this point you may leave it longer on the pears, or decant and bottle it. Mine is going out as gifts for Christmas, but feel free to drink it all by yourself. Patience should be rewarded!

Variations include using a good gin instead of vodka, adding herbs and spices like clove, juniper, cinnamon sticks and cardamom, as well as changing up the sugar to honey, cane sugar or agave. Don’t go to heavy, though, as you may loose the pear flavor. 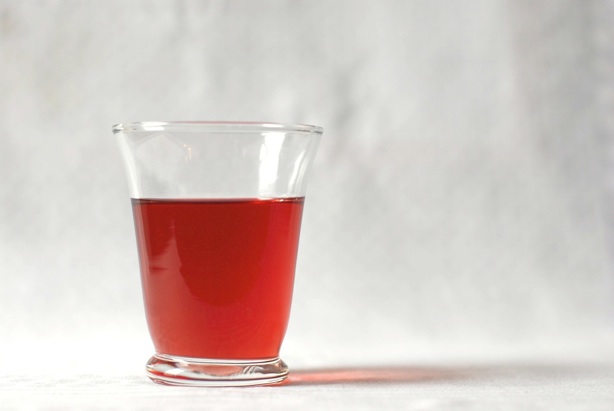