Aging your own spirits is pretty darn simple.  Oak barrel aged vodka and gin are all the rage right now, and you pay a premium price for it, too.  So if you love cocktails like I do, do yourself a favor.  Get a bourbon barrel.

I’m not talking an full-size barrel–few have the means or storage for a 53 gallon charred oak barrel in their basement (but if you have one, do let me know.)  I’m talking about mini-barrels, which have become widely available in the USA.  My mother gifted me a full set of barrels ranging from 1, 2 and 7 liter sizes.  Yeah, my family is a little crazy.  Mine came from Bluegrass Barrels in Kentucky, and there are several other retailers selling them online, too.  The key is to get a medium charred oak barrel, which is what they use for both bourbon and chardonnay.  While bourbon requires a fresh barrel every time, I’m not that fussy.  I use my barrel over and over, finding that the previous batch of spirits influences the flavor of next batch.

Making barrel aged vodka is super simple.  Get yourself a barrel, prep the barrel according to the suppliers instructions, then pour in your vodka of choice.  Small barrels age spirits more quickly due to the increased wood to spirit ratio.  Depending on your preference, vodka could age as little as 3 months.  I aged mine for 6 months.

The result was a beautiful golden spirit laced with caramel, vanilla and a hint of smoke. Depending on the vodka you use (neutral grain, corn, potato, etc) the flavor may vary.  I used a cheap neutral grain spirit and it turned out great.

I like to think of barrel aged vodka as the bourbon-drinker’s vodka. It has hints of whisky, but is less weighty on the palate.  Use it as you would in bourbon drinks, but expect a lighter flavor.  You can also make vodka cocktails with it, but expect more complexity.  I think it mixes beautifully with ginger, sours and coffees-think Smoked White Russian, Oaked Vodka Sour and Moscow Mule with a Kick.  You get the idea.

If your barrel is new, follow the instruction to hydrate the barrel or you’ll find your vodka leaking out.  If your barrel has already been in use, rinse well a few times with hot water.

Fill the barrel with vodka. Three months in, taste the vodka and see what you think.  Small barrels actually age faster than big barrels, so depending on the char in your barrel, it might be ready sooner than you think.  If you want more flavor, let it age longer.  Mine was ready at six months.

Decant the vodka into a container, then filter it through a coffee filter or fine toweling.  The barrels frequently shed little bits of wood, which cloud your vodka and would be highly unpleasant to drink.  Pour into bottles.  Enjoy! 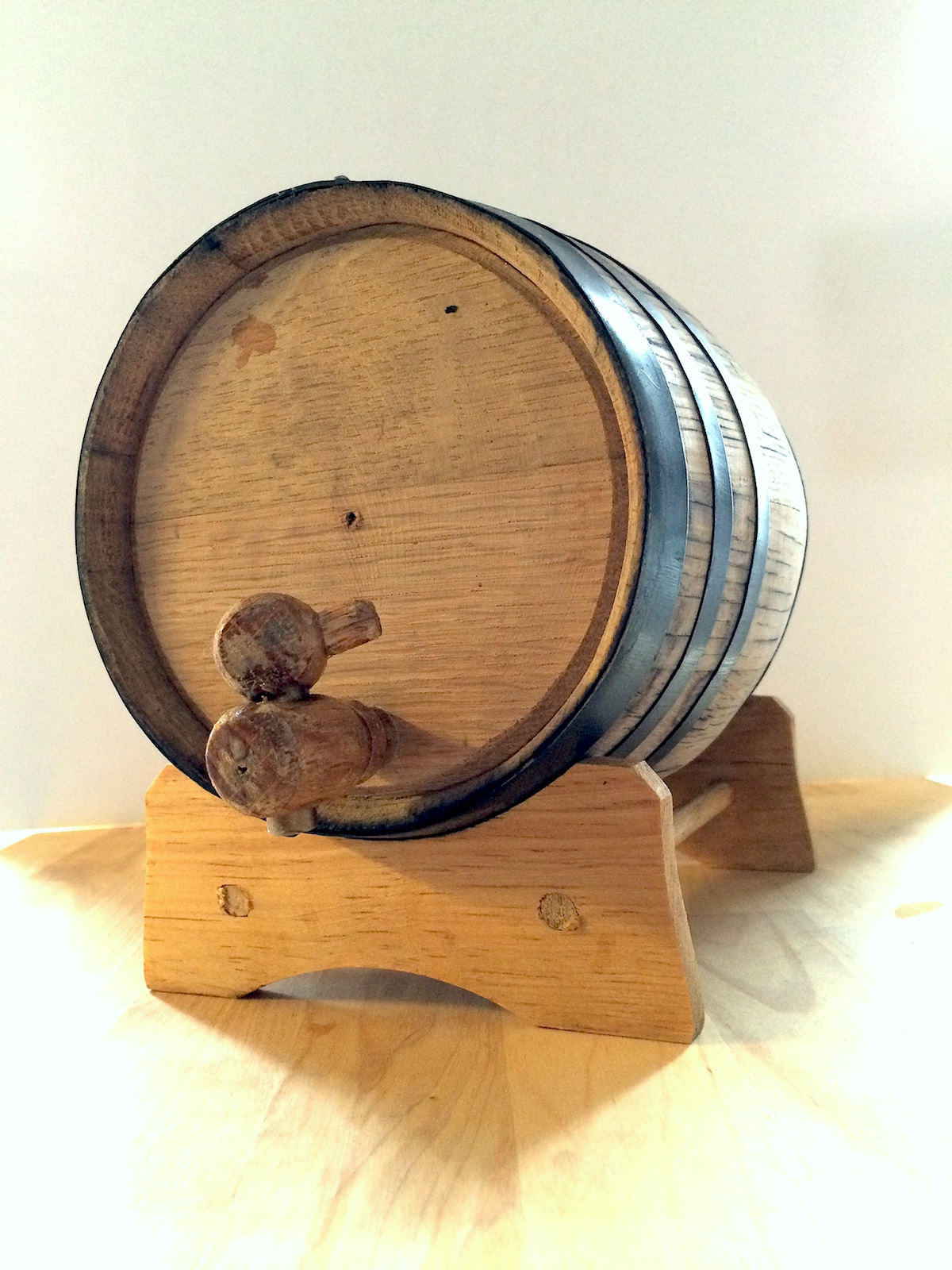