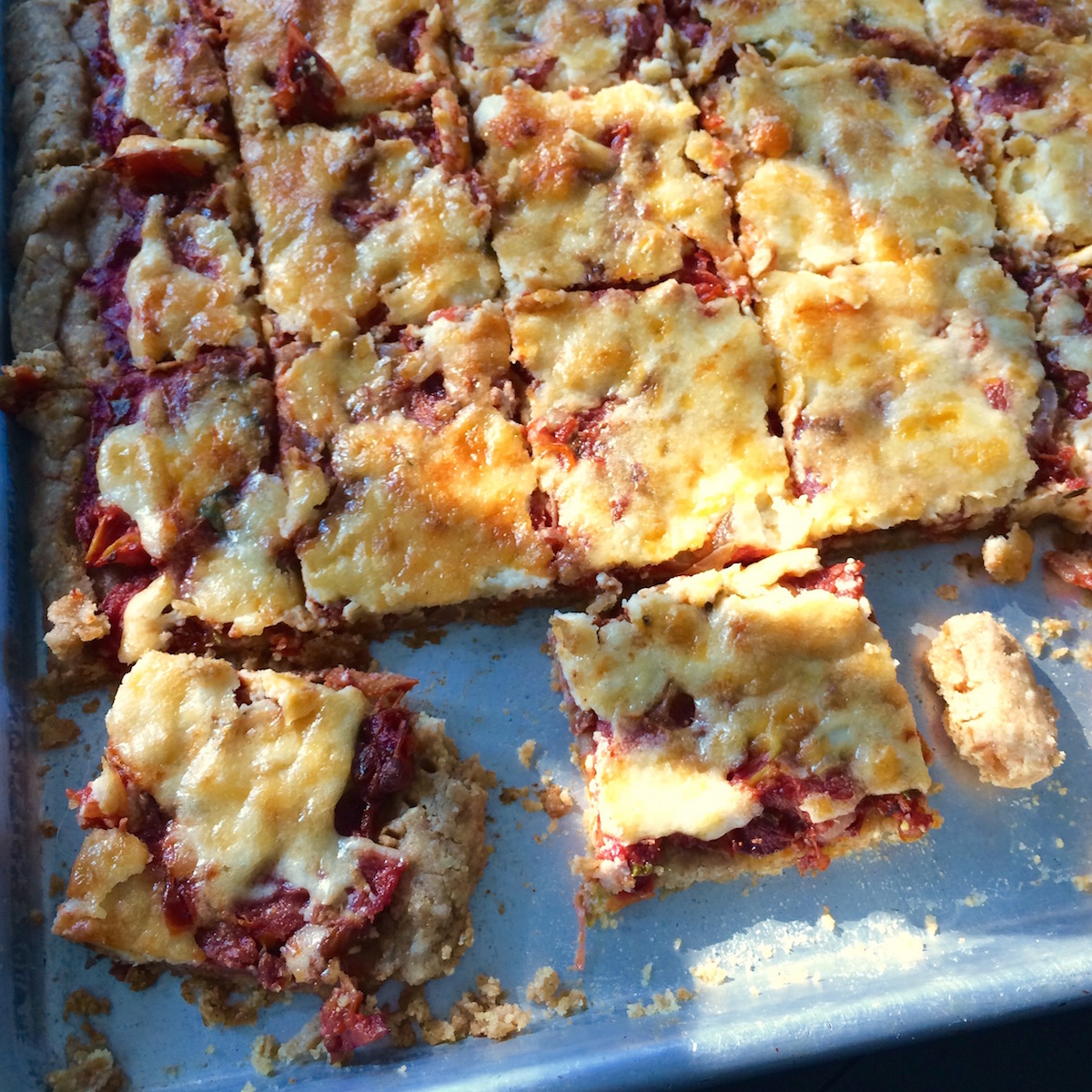 A quick note about lard:  Lard is amazing in pie crust, adding extra flaky goodness to the texture and wonderful flavor.  Ask you local butcher or co-op if they carry fresh lard (often in the freezer section) or render your own from pork fat (how to render pork fat instructions here) and freeze it. Commercial shelf stable lard is OK, but it’s been highly processed. If you can’t find lard or don’t want to use it, use all butter.  It won’t be as flaky, but it will taste good.

Combine flour, cornmeal and salt in a bowl.  Working quickly, cut the butter and lard into the flour with a pastry cutter or in a food processor, until the crumbs are pea-sized or smaller.  Don’t over work this crumb, as lard quickly becomes soft.  If the mixture does gets soft, pop it in the freezer for 10 minutes.
Next, carefully work 1/4 cup ice water into the flour mixture, one tablespoon full at a time, just until the dough comes together.  Turn the loose dough out onto a floured surface.  Give it a few knead turns, then form it into a flat square block.  Wrap in plastic wrap and put it in the fridge to cool while you make the tomatoes and topping.  Let chill at least one hour.
This recipe makes two, 9″ pie crusts, or a double crust, or enough dough for one half sheet pan.
A chronicle of my adventures growing, preserving, cooking and eating from my garden and everywhere.